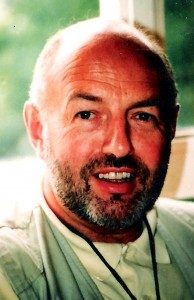 David Stuart-Mogg was born in Bath, Somerset and was educated at Clifton College, Bristol. His early career was in retail management (Marks & Spencer, Debenhams, House of Fraser), latterly in general management. After a period running his own successful sports business in Somerset he joined Thomas Cook at its head office in Peterborough. He subsequently joined Exchange Travel as Franchise Development Director launching the first trade-accredited travel agency franchise package in the U.K.

Further executive appointments in the travel, tourism and hospitality industry followed in the UK, the Middle East and Africa, in the latter as CEO of both the Malawi Hotels Group (since re-branded Sunbird Hotels) and Soche Tours and Travel.

A keen amateur historian, he is the hon. editor of the Society of Malawi Journal (Historical and Scientific). In addition to publishing a best selling Guide to Malawi, he has published numerous papers and articles mainly on Malawi’s rich cultural heritage. He maintains a especial interests in the John Chilembwe phenomenon and the early development of Malawi’s armed forces (formerly the King’s African Rifles). For the past few years he has published bi-monthly Local History articles in Living Villages on the communities and churches close to his Wansford home. He is a Fellow of the Royal Geographical Society.

His most recent book, published in the UK in 2011, Mlozi of Central Africa: the End of the Slaver with a foreword by Professor George Shepperson, CBE, examines the impact of Swahili-Arab traders in British Central Africa (later Nyasaland, now Malawi) during the latter part of the nineteenth century. Competition from Scottish traders wishing to break the Arabs near monopoly of the ivory trade, the desire of Christian missions to see the Arabs’ Islamic influence curtailed and Cecil Rhodes’s desire to expand the sphere of British influence all conspired to drive the Arabs from their centuries-old web of trading posts throughout the region.  It took nine years to capture and then, after an ad hoc battlefield trial, hang the leading Swahili Arab slaver Mlozi notwithstanding potentially fatal head wounds. In the aftermath, even the arch-Imperialist Rudyard Kipling was sufficiently perturbed at this overt display of ‘muscular Christianity’ to publish a highly critical poem of the affair entitled ‘The Supplication of Kerr Cross, Missionary’. For further details and to read academic comment on this book see website link.

Read reviews of the book